The Lake of Merzouga

The Lake of Merzouga or Lake Dayet Srij

A few miles away from the village of Merzouga is Lake Dayet Srij. It is also called the flamingos’ lake rightly as it has been dry for a long time, but welcomes today a wide variety of birds, including an amazing colony of greater flamingos…

We invite you to go there in the evening to see the sunset in a very relaxing atmosphere and enjoy the magical reflection of the big dune on the surface of the lake. 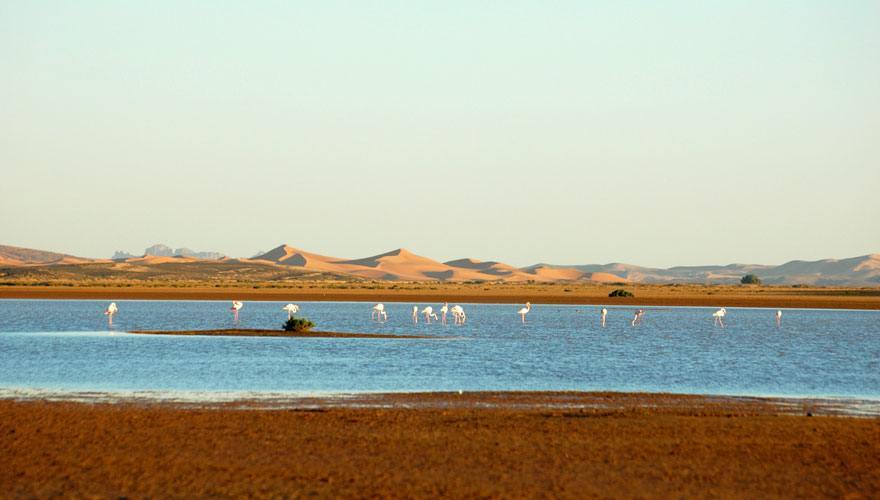 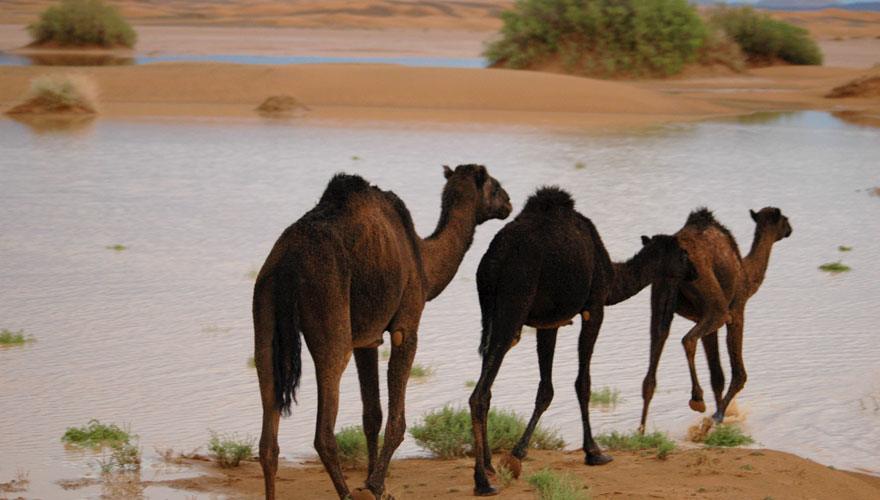 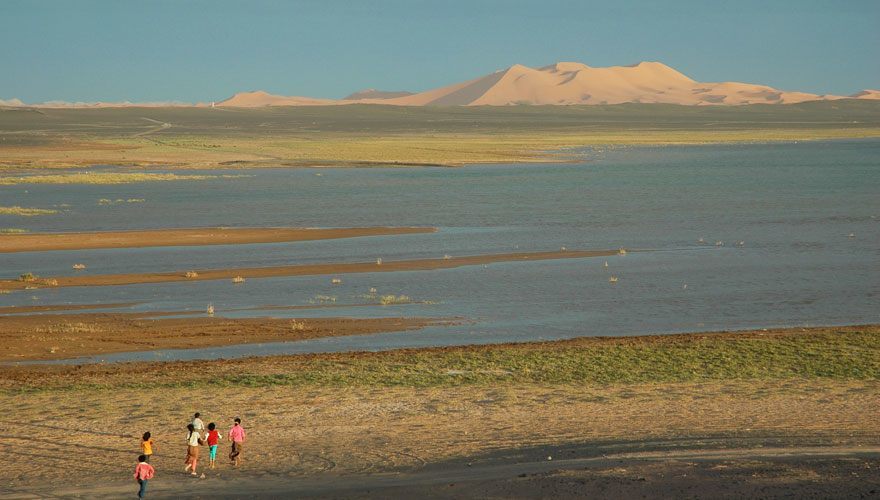 Lake Dayet Srij of Merzouga is famous for its high biodiversity. This nature reserve includes many species among which you can find:

This non-exhaustive list of identified species around Lake Merzouga is taken from the report entitled “Ornithological observations in Morocco”, conducted from March 20 to April 4, 2004, by Pierre Yésou & Martine South. Further information can be found at this address: Go-South

Others activities to do in Merzouga